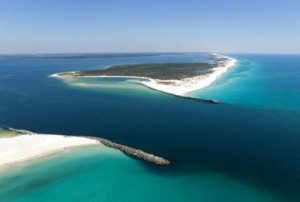 The world is catching on to what we’ve always known.

Recently heralded as one of five top value destinations for winter travel by CNN.com, Panama City Beach has now made the list of AOL Travel’s “Top Ten Budget Destinations for 2011.”

The article emphasized affordable accommodations and oil-free beaches, as well as mentioned two major events which occurred in 2010: the opening of Northwest Florida Beaches International Airport and a news-worthy visit from the Obama family.

“We are thrilled to add this recognition to Panama City Beach’s list of accolades,” states Dan Rowe, President/CEO of Panama City Beach Convention and Visitors Bureau. “With the wide spectrum of accommodations, dining and entertainment options offered here, we are proud that our REAL.FUN.BEACH. destination is considered an affordable hot spot for 2011.”

Panama City Beach was in good company, with domestic and international destinations like Montreal, Cancun and Washington, D.C. also making the cut for AOL Travel’s list, which can be viewed in its entirety here